Jumping on the NFT bandwagon. Made a couple of pieces for auction. 2 very different pieces, 1 positive and 1 negative I would say. Interested to hear people’s reactions, and what they are interested in investing in.

The United States has been too entangled with party connections for most of its existence. Red and blue states, Bloods and Crips, a story as old as time. Building civil unrest and violence throughout the country. We have a choice, continue down this destructive path, or let go of these party views, black & white ways of looking at the world. There are so many beautiful colors in this world, so many shades of grey, why see the world so limited. See all sides of an argument, open your eyes,ears, and minds. Let the red and blue colors bleed into each other, become a nation of purple! 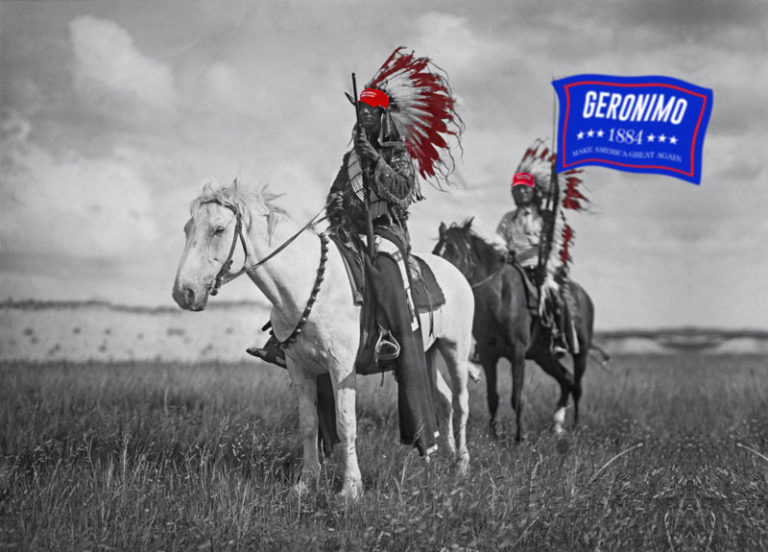 “Make America Great Again”, these 4 words have caused a lot of different emotional reactions over the years. When I first heard it (seems like a lifetime ago), my first thought was the great American Dream! A family owning a large home with a white picket fence, in a beautiful suburban neighborhood. I feel like that was early 80’s to me, or perhaps the 50’s to others. But it morphed into something more deceptive by the support it got. And if you think about it, it is deceptive, because it does not actually say what part of America it wants to make great again? Because even in the 80’s and 50’s racism in this country was still strong. It didn’t matter if you had that big beautiful home, if it’s not equal for everyone in this country, is the American Dream still great?

Those 4 little words are all perspective. What if you thought America was Great in the 1930’s when lynching was still legal in the south? Or 1944 during the war and the US tax rate was over 90%? It’s easy to sell an idea, when you give no viewpoint of what the idea entails. And you let the people come up with their own ideas of what it means. Looking at the majority of support, it felt like the idea most groups were pushing was an America of racial inequality. And that’s why those 4 little words had brought about so much turmoil.

This particular art pushes a different perspective. What if the early American Indian, had pushed that idea on to the first settlers of America. Making America Great Again, by pushing out the European settlers from American Indians Lands. Which history shows happened the other way around, but this art shows how perceptive is everything!

That doesn’t make it any clearer.

Right, sorry. “Non-fungible” more or less means that it’s unique and can’t be replaced with something else. For example, a bitcoin is fungible — trade one for another bitcoin, and you’ll have exactly the same thing. A one-of-a-kind trading card, however, is non-fungible. If you traded it for a different card, you’d have something completely different. You gave up a Squirtle, and got a 1909 T206 Honus Wagner, which StadiumTalk calls “the Mona Lisa of baseball cards.” (I’ll take their word for it.)

How do NFTs work?

At a very high level, most NFTs are part of the Ethereum blockchain. Ethereum is a cryptocurrency, like bitcoin or dogecoin, but its blockchain also supports these NFTs, which store extra information that makes them work differently from, say, an ETH coin. It is worth noting that other blockchains can implement their own versions of NFTs. (Some already have.)

And now you know!